Lieutenant Commander Bill Reynolds is a U.S. Navy-trained physician assistant that served on active duty for 30 years in the Navy, retiring in 2012.  He served on a wide variety of operational platforms during his naval service, that include fast-attack submarines, an aircraft carrier, with a SEAL team, and deployments with the United States Marine Corps.  It was during his service that he gained experience working with trauma survivors after spending many years with marines and sailors dealing with lasting stress from their military service. Reynolds is also well versed in family medicine, psychiatry, addiction recovery and psychopharmacology, having gained several years of experience working in psychiatry and addiction medicine during his career.

In addition to his many years of service and numerous Navy and Marine Corps Commendations for superior performance, Reynolds has also written articles and hosted seminars on the role of trauma therapy, PTSD treatment, the impact this can have on families and the overall advocacy for supporting and reintroducing veterans into society and the workplace. 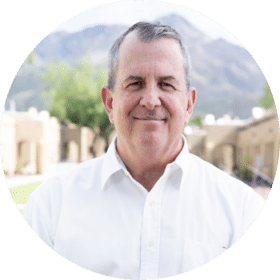 Why I do what I do

"I have seen first hand the positive impact that the services we provide can have on an individual. I have witnessed trauma in a number of settings and scenarios and having the ability to offer aid to those effected is a true gift"